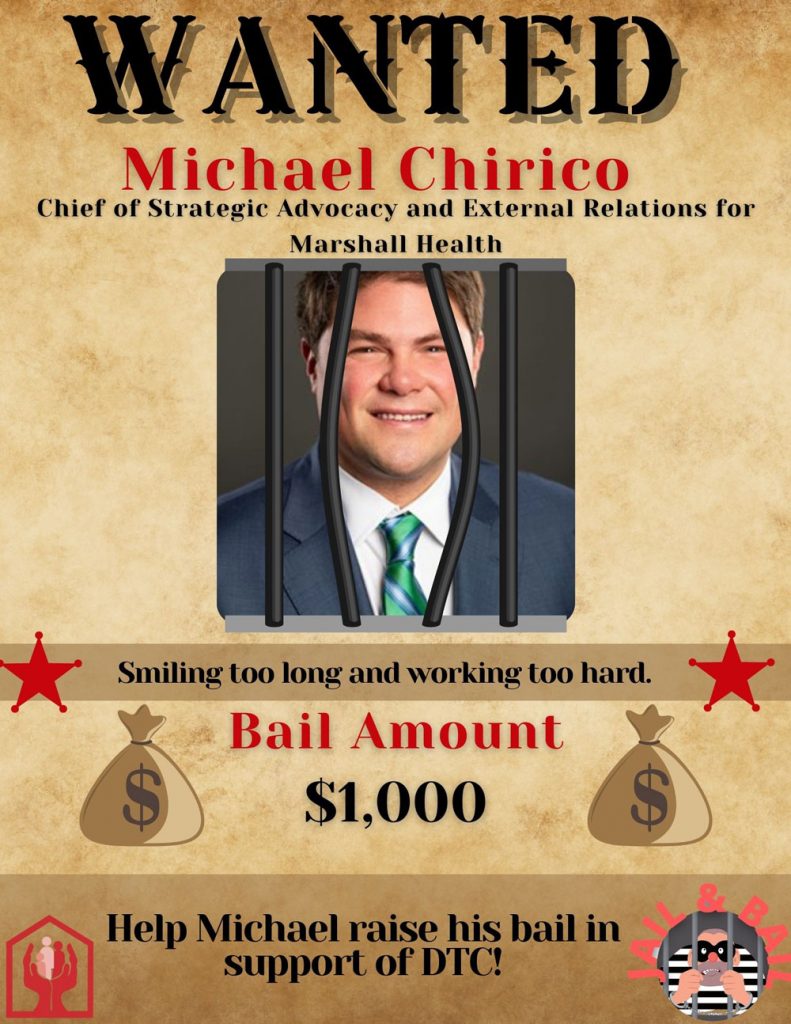 Chirico, a licensed attorney, has extensive experience in government relations. He previously served as chief of staff for former U.S. Rep. Evan Jenkins and as deputy chief of staff and counsel for U.S. Rep. Carol Miller. Chirico has also previously worked a lobbyist for the West Virginia State Medical Association, advocating for physician and health care-related issues. He most recently held the position of government liaison and policy advisor for the Federal Mine Safety and Health Review Commission in Washington, D.C., where he served as the agency official who advised the presidential-appointed chair on relevant management, internal policy and legislative issues.

In his role at Marshall Health and the School of Medicine, Chirico acts as a liaison with federal and state elected and appointed officials. With a focus on economic and community development, his goal has been to create opportunities to collaborate with government agencies and external organizations that advance the School of Medicine’s mission.

Chirico previously served on a number of West Virginia-based boards of directors, including Hospice of Huntington, Facing Hunger Foodbank, Generation West Virginia and United Way of the River Cities. He is a 2016 graduate of Leadership West Virginia and was recognized in 2019 as part of The State Journal’s Generation Next: 40 Under 40. He currently serves on the Huntington Symphony Orchestra Board and is honored to be asked to be a part of the Huntington Regional Chamber of Commerce Board of Directors.

Chirico and his family have called Huntington home since 1991. He holds a B.A. in political science from the University of Tennessee in Knoxville, and earned his law degree from Cooley Law School at Western Michigan University in Lansing. In his spare time, Michael enjoys road cycling, traveling, politics, reading, and being a self-proclaimed food enthusiast.